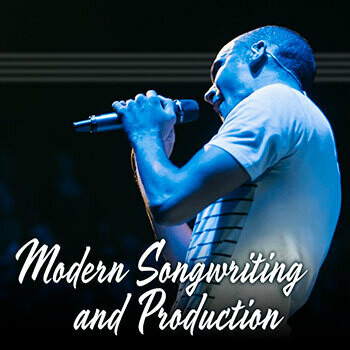 Over the last couple of years, local songwriting and production duo, Prince Ivan, has traveled between Branson and LA to collaborate with writers, producers and engineers who have worked with everyone from Snoop Dogg to Lady Gaga to Justin Bieber. Along the way they have learned many of the secrets of commercial songwriting and production and now they are going to share them with you.

The duo recently released a new album, "The Preface," which earned them a spot (from a field of over 3000 bands) on the Springboard West Festival roster in San Diego, CA and their song, "Let Her Be Beautiful," will be featured in an upcoming film release “The Never List.”

In this workshop, they will take you behind the scenes and into the process of creating their album and share with you everything from song structure to toplining, beat making to recording and all of the elements that you'll need to create high quality music for today's competitive musical marketplace.

Whether you're a beginner or a more seasoned writer or producer, you will benefit from the wealth of knowledge and experience Prince Ivan will share with you in this three-hour workshop.

Prince Ivan is a songwriting, production and performing duo consisting of Brydon Brett and Aaron Space. The duo calls their musical output, SpectraPop— a fresh fusion of styles from across the Top 40 spectrum designed to break down cultural and musical boundary lines. From being a trio to being a duo, to seeking a record deal and not getting it, and then almost quitting altogether, Prince Ivan has been through the fire over these last two years. Their first full length album, “The Preface,” (released on December 13, 2019) marks the completion of that phase of their story and the beginning of a new chapter in the Chronicles of Prince Ivan.

Live on stage, Prince Ivan is captivating and engaging—combining the energy and hype of a DJ dance party with the connection and intimacy of a singer-songwriter set. Their fully produced live concert can be experienced on tour at high schools, colleges, festivals and cities all across North America. For more information about Prince Ivan’s music, message and mission please visit www.princeivan.com.

Save this product for later